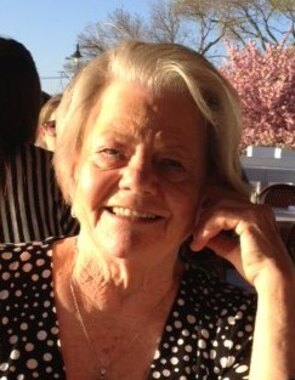 Back to Doris E.'s story

COOPERSTOWN - Doris Roberts, 84, of Jericho, died May 29, 2019, in Cooperstown.
She was a professional musician and accomplished artist who loved to travel, golf and play mahjong and Scrabble.
Doris was born in Detroit and received her bachelor's degree in music from the University of Michigan.
After marrying and moving to New York, she joined her husband, Ralph Roberts, a percussionist, in Havana, just before Castro rose to power, playing violin with the Havana Philharmonic Orchestra. She later accompanied him on the world tour of "West Side Story," which stopped in Germany right before the Berlin Wall went up.
At home, she taught music in Mineola elementary schools and played violin in the Long Island Symphony.
After retiring in 1993, she took up oil and watercolor painting. She won more than 40 awards at juried art shows and was honored with four solo art shows.
She was predeceased by her husband.
She is survived by a brother, Karl Bengtsson and her zest for life and adventure lives on in her three daughters, Karin of New York City, Lisa and Tracy Roberts of Fly Creek; and grandson, Nico Balbuena.
Published on June 19, 2019
To plant a tree in memory of Doris E. Roberts, please visit Tribute Store.

Plant a tree in memory
of Doris E.

A place to share condolences and memories.
The guestbook expires on September 16, 2019.